The University of Pisa, was established in 1343 in downtown Pisa city and currently embrace 54,000 students according to 2013 statistics and compared to the population of the city, makes it a student destination and top Italian university. The rank of the University of Pisa is 245 According to QS world university ranking website, 2014 which makes it one of the best in the world. It worth mentioning that Galileo Galilei and many Nobel Prize winners were former students of Pisa University.

Currently only one bachelor’s degree, one PhD degree and eight Master’s are taught in English (for further information contact ItalyStudy). Based on facts and figures released by the University, a total number of 148 majors in different levels (bachelor, master and PhD) are offered to 54,000 students and 4367 professors, research and administrative staff are offering services.

Some of the admission requirements are the officially translated education documents, Italian or English (four courses taught in English) certificate of proficiency at level B2, pre-registration in Italian embassy and etc.

There are tuition waivers and scholarships of which the students can take advantage and reduce their tuition fees which is normally something between 250 to 2300 Euros depending on the student’s country of origin.

The famous Pisa, located in amazing province of Tuscany, central Italy, is known for the ancient leaning tower of the city’s cathedral. The total population of the city exceeds 89000 people scattered in a 185 km² land. Like most ancient cities in Italy, the city has a long history dating back to 5th centuries BC. The two rivers of Arno and Serchio affect the city both geographically, touristicly and economically. The old university of Pisa on the other hand, as well as other universities and schools make it one of the best education destinies in Italy. The city further experiences a Mediterranean weather ranging from 2 to 30 throughout the year which forms mild winters and very warm summers. There are also a great number of churches, museums, towers, plazas and villas to visit and enjoy the time while studying.

In the first term, Fundamental and Specialist Courses provide the pillars of business administration and sharpen the management skills in order to develop professional competences in several key areas. After the first course dedicated tothe team building and personal development , the programme deals with basic competences and core management skills in a wide range of disciplines: financial reporting and analysis, marketing principles, organizational behavior and human capital, corporate finance and financial markets,cost management, budgeting and management reporting, marketing management, auditing,corporate governance, strategy. In addition, you have a course of entrepreneurship and doing business in emerging economies, provided to understand the new trend in the global markets.

The second term is dedicated to the preparation of the Master Thesis. It can be either a research project or a case study, it can also be developed through a field project or an internship.

Master of Science in Aerospace Engineering

Admission Requirements: Holding an Undergraduate in Mathematics or Engineering

The Aerospace Division in the Civil and Industrial Engineering Department (DIA) comprises around 20 professors who represent the majority of our teaching staff. DIA has been active on an international level and involved with many or ganisations worldwide since the 1980’s. For instance, it is a founding member of the ECATA consortium, which is dedicated to providing education for aeronautical industry professionals, and is part of the PEGASUS net – work of top European Aeronautics and Space universities. DIA has also established a number of partnerships and exchange programmes with various European and US universities including the University of San Diego and the Jet Propulsion Laboratory at Caltec.

Master of Science in Business Informatics

English language requirement: B1 in English and Basic knowledge of Italian. One course will be in Italian

Master of Science in Computer Engineering

This MSc programme aims to equip students with a solid, in-depth scientific and technical knowledge of computer engineering in line with the innovational needs of the field of infor – matics. It is specifically orientated towards helping students become specialised professionals able to design, develop, analyse and integrate highly complex and heterogeneous computer systems. Students can choose to focus on one of two topics – “Computer Systems and Net – works (CSN)” and “Enterprise Systems (ES)” – the latter provides teaching on computational intelligence, enterprise process management and data mining.

Master of Science in Computer Science

Admission Requirements: Holding an Undergraduate in Computer Science or Computer

The study programme is divided into two years of 57 and 63 ECTS credits respectively, including the final thesis. Students must submit a study plan in which they indicate the subsidiary and elective courses they would like to take. Every year the Master’s programme in Computer Science offers a rich set of courses from which the students can choose.

Master of Science in Computer Science and Networking

Admission Requirements: Holding an Undergraduate in Computer Science or Computer Engineering or Electronics

This 2-year joint program with the Scuola Superiore Sant’Anna is taught completely in Eng – lish. Each year comprises 60 ECTS credits. The first year consists of various mandatory and fundamental learning activities, while activities in the second year are mostly elective. This allows students to specialize in a subject of their choice for their final dissertation by selecting elective activities from three groups of advanced courses.

Master of Science in Economics

Admission Requirements: Holding an Undergraduate in Mathematics or Economics

The Master Program provides students with an advanced training in economics supported by the complementary quantitative and statistical tools. The central aim of the program is to enhance the abilities of students of analyzing economic phenomena at different levels: firm, industry, national and international. This range of skills represents the ideal foundation for the development of professionals able to interpret the fast-changing economic environments of the 21st century.

This two-year degree is designed for students aiming at knowledge intensive careers in dynamic firms and corporations, consultancies and public organizations. It offers a solid foundation for those willing to pursue an academic career in the field of economics or other professional activities characterized by a strong research content.

Admission Requirements: Holding an Undergraduate in IT related fields

Over 98% of the computers existing in the world are embedded, that is, integrated into a larger system with the purpose of managing its resources and monitoring/controlling its functions using special hardware devices. In the last thirty years, embedded computing systems grew exponentially in areas like industrial automation, avionics, automotive, telecommunications, consumer electronics, and robotics. Designing and developing software for embedded computing systems requires an interdisciplinary knowledge in different technical areas like:

The Master in Embedded Computing Systems is aimed at providing both theoretical foundations and practical aspects in the disciplines listed above, forming engineers capable of designing and programming complex computing systems using the most advanced methodologies.

Master of Science in Nuclear Engineering

Students will be taught specific skills in Nuclear Engineering that can be transferred to and uti – lised in several fields in – cluding nuclear energy applications and various other major industrial endeavours. Nuclear En – gineering graduates can also pursue career op – portunities in the fields of research and develop – ment. Students can otherwise continue their studies in Nuclear Engineering at the Uni – versity of Pisa in the Research Doctorate Programme in Nuclear Engineering and Industrial Safety, allowing them to enter into a career with a higher qualification. Many of our alumni have gone on to pursue careers and hold important positions in the field of nuclear engineering. More details can be found here.

The University of Pisa is not a campus based university. Nevertheless it takes part in an international program for housing the students called “Housing Anywhere” and has buildings throughout the city. There are accommodations offered via the advertisements in university’s bulletin boards. The renting rooms range between 250 to 350 Euros per month (without other maintenance expenses such as gas, electricity, etc.). There are also reliable websites where students can search available options.

Generally speaking, the renting prices are a bit more expensive than those of other cities due to the studentship and touristic status of the city. There are also cheap and fast transportation system in the city due to great number of tourists and one can never worry about how to get to a place. 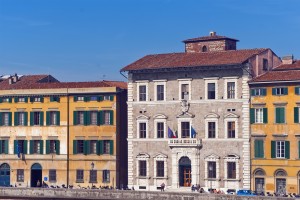 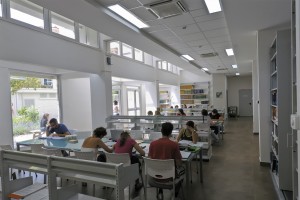